The holidays are a crazy time for package delivery. With the rush to order presents for friends and family, it’s no surprise that the amount of deliveries increases.

This year, “increase” is putting it lightly.

1. Package volume has skyrocketed—an 80% increase in just one week.

Black Friday and Cyber Monday are famous for sparking huge spikes in shopping, and rightly so; consumers spent $3.45 billion on Cyber Monday alone, making it the biggest online shopping day in US history.

In the following week, apartment complexes all over the world felt the aftermath—according to Luxer One‘s package locker activity data, the amount of packages shipped and delivered to lockers increased by over 80%. In just one week, package volume almost doubled.

2. As December continues, package volume is increasing, not decreasing.

The record-breaking package delivery numbers aren’t going back down. They’re going up.

Instead of slowly settling back down after the Black Friday & Cyber Monday spike, package volume is continually increasing as the holiday season progresses. In the week of December 4th to 10th, we saw nearly 4,000 more deliveries to Luxer One lockers nationwide than the previous week (and the previous week was the big post-Black Friday surge)! And last week – December 12th to 18th – saw even more package volume than the week prior, with no signs of slowing.

If you’ve been a property manager even once during December, you know to expect the holiday package surge. When you have dozens to hundreds of residents ordering gifts simultaneously, the package rush is inevitable.

Not only is 2016 seeing the expected holiday spike, but the spike is significantly larger than properties experienced last year. This year, 3 million more shoppers made Black Friday purchases than they did last year, and more of these purchases than ever are being delivered. Properties who had Luxer One lockers during Black Friday last year saw 50% more packages delivered this year during the same time period. 4. Residents are picking up their packages 25% faster.

Residents are especially eager to pick up their packages this time of year. On average, residents take about 6 hours to pick up a package from their Luxer One system. During this holiday season, this average has decreased to 4.5 hours.

This is good news for anyone with automated package systems. The sooner residents pick up their packages from a locker, the sooner the locker becomes available for the next delivery. This helps balance the higher package volume around the holidays, and you’ll want as much free space as possible for the holiday rush!

5. Packages delivered to the Luxer One Oversized Locker increased by 110%.

If you’re ever going to run out of locker space, the holidays are when it’s going to happen. It’s not a pretty picture if lockers hit capacity without an overflow solution, as you’ll find extra packages littering hallways and the leasing office.

The Luxer One oversized locker actually offers a built-in overflow solution: if the all the small, medium, or large lockers fill to capacity, the oversized locker can be used to accept any overflow, since it is capable of securely accepting more than one package at a time. It essentially acts as a mini-package room that only select package recipients can access (while surveilled by video cameras, of course!). This holiday season, the oversized lockers saw 110% more packages delivered than usual. This enormous spike began just after Black Friday. While some of these deliveries are actually oversized items – such as furniture, skis, or other bulky items – much of this increase is from holiday overflow. Thank goodness for the oversized (and overflow) locker!

In Part 1 and Part 2, we talked about decorating, snacks, and events. All these holiday ideas have been in the interest of making life better for your residents, and this final post drives that home. 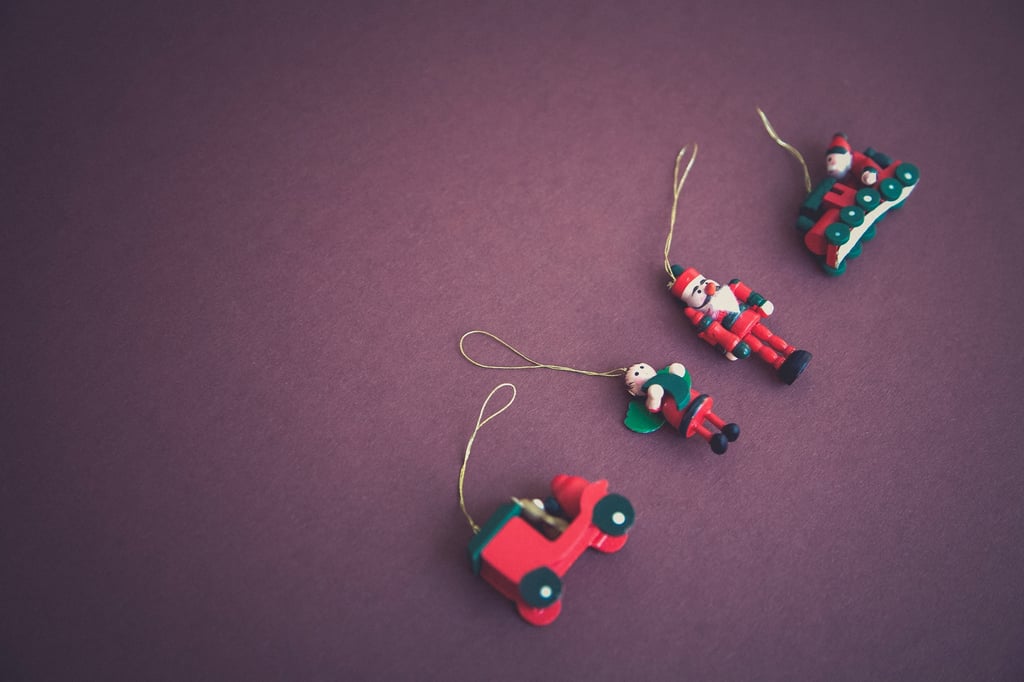 It can be challenging for parents to hide holiday gifts for their kids. Let your mom-and-dad residents know that you’ve got their back! If you have the space to spare, offer a secret present stash for parents.

If your apartment complex has a lot of families with young children, have Santa show up to brighten their day! Your smallest residents will be delighted, and their parents will be thrilled for the chance to avoid long lines at the mall.

There’s never more anxiety surrounding package delivery than during the holidays. With the flood of gifts ordered for Christmas, Hanukkah and Kwanzaa, residents have more packages delivered during December than at any other time of the year. Not only is package volume sky-high with the ease of online shopping and fast shipping, but the pressure to get residents their packages safely, reliably, and quickly has never been greater.

Luckily, it’s easy to take the stress out of it! 24/7 package lockers or automated package room system can rid you and your residents of any holiday package woes. Whatever holiday-themed decorations, events, or services you choose, remember that your goal is to give your residents a great winter season, and remind them why your property is such a darn great place to live.

Happy Holidays from Luxer One!

As the days get colder, and you start to see your breath in the air, give your residents an extra reason to emerge from their cozy apartments.

The extra mile that you go to create memorable holiday experiences can go a long way toward making your residents happy! 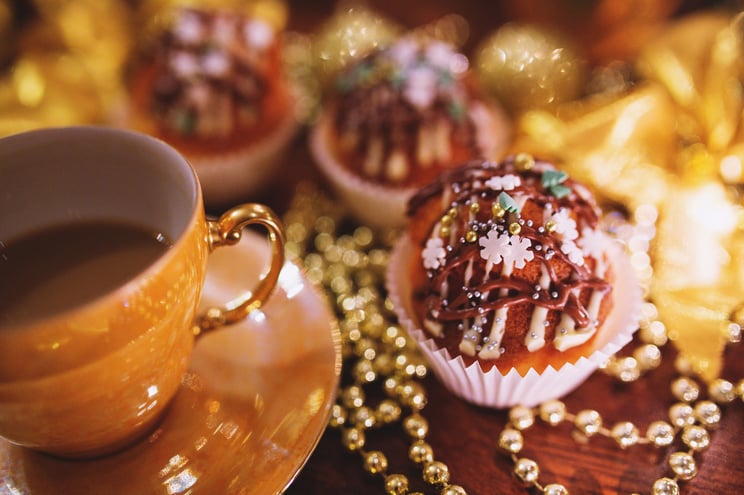 Embrace the season by getting your community in the spirit of giving. You can find a local charity through Donation Town‘s directory of over 400 charities, or see if one of Toys for Tots‘ 700+ sites is near you. 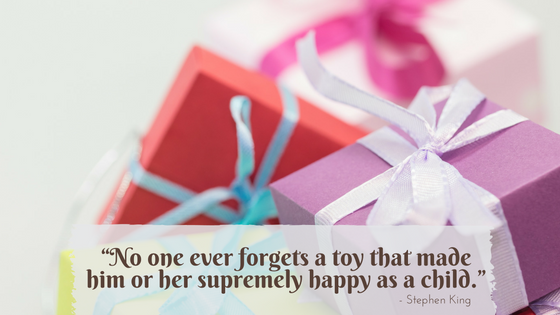 Time Frame: Make sure to set a firm time period for the drive, and inform your residents of the deadline. Expect to receive a few toys after the deadline has past.

Storage: The toughest part of the drive will be storing the items before you make the final donation, so be prepared for a lot of boxes.
Tip:  Space-wise, it helps if your package situation is handled.

Watching a classic holiday movie is a seasonal tradition for many. Hosting a movie night for your residents is a great way to get your community in the holiday spirit.

A white elephant event is gift-giving with a sense of humor. It’s a great icebreaker, and an entertaining way for your residents to bond.

Be sure to set a price cap and make sure that everyone understands the rules clearly before starting. If done right, all your residents will walk away with a silly gift, and a fond memory with their community.

A tastier version of a gift exchange, a holiday sweets exchange is a low-pressure way for multifamily communities to get in the gift-giving spirit.

You’ll need a firm RSVP list for this one. Participating residents will need to know how many people they’ll be baking for! 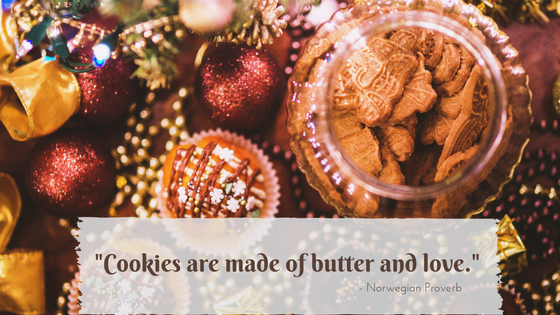 Every resident or family unit brings a sweet homemade treat. As people arrive, set out their dessert on a plate, with a card with their name in front. By the time everyone arrives, you should have a table of cookies and sweets, ready to be sampled.

Give everyone a box to take extra treats home in, and let the sweet-eating begin!

The holiday season is a perfect time to strengthen the bonds of your community with a bit of festive cheer!

Creating the right ambiance is a simple way to put your residents in high spirits. Set the holiday mood with the sights, smells, and tastes of the season.

So, how do you create those warm, fuzzy feelings? 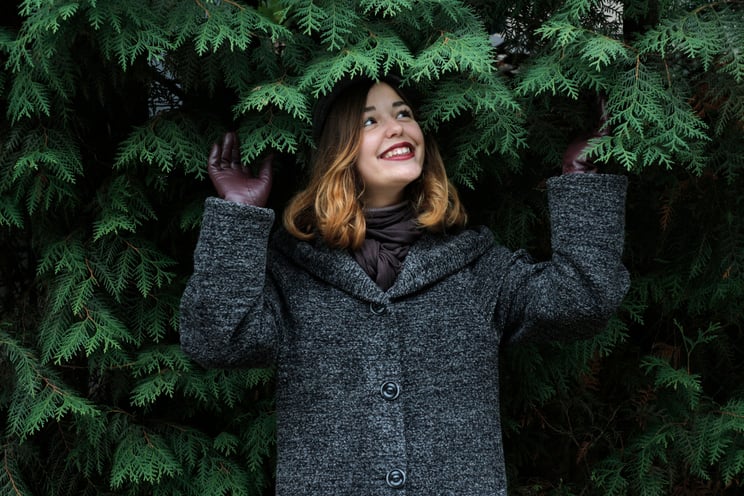 Play into your apartment’s “image”. How do you want your residents to perceive your property? You can go for a polished, professional look, or a cozy, “homey” feel. If you’re going for “homey”, encourage staff and residents to contribute (or even make!) holiday decorations.

Holiday lights are a simple way to make an apartment complex look beautiful. Use small white bulbs to add an elegant touch to your decorations.

Wreaths and poinsettia plants are a classic way to decorate. Tinsel is lovely, but be wary; it’s a challenge to clean up, and your residents may not enjoy leaving with sparkling plastic stuck to them.

Go for the Winter Wonderland look: Use white and silver colors to create an elegant and non-denominational ode to the winter season.

To tree or not to tree? Nothing beats the smell of a real, fresh Christmas pine. If you have the ability and motivation to keep a real tree looking cleaned up, healthy, and proud, then a genuine pine tree adds a certain special something to your apartment complex. However, a realistic-looking artificial tree is significantly more convenient and practical than a real one. If you have the storage space, it’s a one-time investment you can bring back out every year.

Don’t forget about Hanukkah and Kwanzaa! Holiday decorations often focus on Christmas, but get to know your residents, and see what kind of decorations they might appreciate. 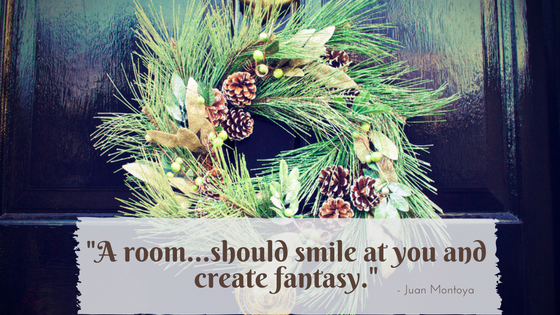 2. The Smell of Winter in the Air

Even if you don’t put a real tree in your office, the scents of the season can evoke a cozy, comfortable feeling in your staff and your residents. Use pine or cinnamon scented potpourri for a simple way to put everyone in a happy, holiday mood.

If you usually have snacks in the office – or even if you don’t – take the opportunity to put a holiday twist on the treats:

Instead of coffee, offer hot chocolate or apple cider.

Instead of popcorn or chips, put out candy canes, peppermint squares, gingerbread cookies, or Hanukkah gelt.